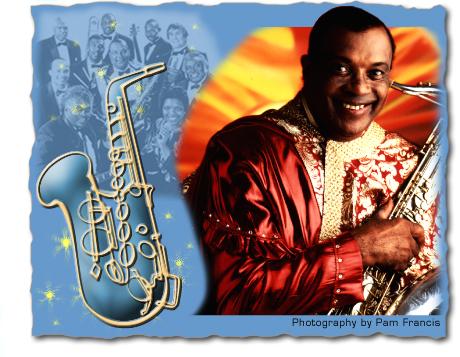 Grady Gaines Bio 1950s Grady Gaines, Houston saxophonist and recording bandleader for Don Robey, met Richard Penniman. They recorded together at Duke/Peacock. Richard Penniman later became Little Richard, and asked Grady to lead the Upsetters. They recorded many classics such as "Long Tall Sally," "Send Me Some Lovin," and "Whole Lotta Shakin’ Goin’ On," and Grady appeared in three movies with Richard. At Little Richard’s retirement, Grady hired Dee Clark as band vocalist, and continued to tour. 1960s Sam Cooke hired Grady and the Upsetters to be his band. They recorded "Bring It On Home," "Twisting The Night Away," and many more. After Cooke’s death, Grady and the Upsetters continued playing at all the great houses such as The Apollo, and the Paladium, with all the great artists: Diana Ross and the Supremes, Gladys Knight and the Pips, Bo Didley, Etta James, Jackie Wilson, and many, many others. 1970s Grady came off the road, and returned home to Houston. He recorded "There Is Something On Your Mind," and formed the House Rockers, who performed in Houston as Don Robey’s house band until Robey’s death. 1980s Disco took its toll on live music in the U.S. Grady toured Europe, and recorded his first solo album, "Full Gain." In the late ’80s, Grady performed at Blues Festivals across the nation. 1990s Grady recorded "Down and Dirty, Live At Tipitina’s," and "House Of Plenty." He toured Europe with Fats Domino; and the Texas Blues Preservation Society honored Grady with its first annual Blues Heritage Award, citing him as being a Texas Blues Ambassador Around the World and a Pioneer in the Creation of Rock & Roll. In 1993, Grady Gaines played at one of President Clinton’s inaugural parties and was proclaimed Blues Artist Of The Year at the Juneteenth Festival in Houston.

Soul/Classic R&B
Harlem Shuffle
Land of 1,000 Dances
634-5789
I Can’t Turn You Loose
Mustang Sally
Get Ready
Shout
So In Love With You
Heard It Through the Grapevine
The Night Time Is The Right Time
Knock on Wood
Baby Work Out
Strokin’
Love Man
Papa’s Got A Brand New Bag
Soul Man
Hard to Handle
I Feel Good
I Can See Clearly Now
On Broadway
Under the Boardwalk
Respect
I’ll Take Care of You
Respect Yourself
Love & Happiness
Wonderful World
Twistin’ the Night Away
Havin’ A Party
What I Say
Snap Your Fingers
Sixty Minute Man
Proud Mary
For Once In My Life
I’m Walkin’
Ain’t That A Shame
Send For Me
How Sweet It Is To Be Loved By You
Celebration
I Just Called to Say I Love You
Stormy Monday
Send Me Some Lovin’
The Thrill Is Gone
When A Man Loves A Woman
Tell It Like It Is
My Girl
Twilight Time
Blueberry Hill
Since I Fell For You
Unchained Melody
For Your Precious Love
Let’s Get It On
You Send Me
Only You
Change Gonna Come
Danny Boy
Stand By Me
Rainy Night In Georgia
All The Way
Walkin’ To New Orleans
Good Night Irene
Sunshine of My Life
For Your Love
I Found A Love
Matilda
Return To Me
You’re a Thousand Miles From Nowhere
Superstition
Chances Are
It’s Not For Me To Say
The Twelfth of Never
Sea of Love
Sexual Healing
Warm & Tender Love
Hide Away
Honkytonk
Hold On I’m Coming
Soul Serenade
Green Onions
Super Freak
I’ve Been Loving You Too Long
I Cant Stop Loving You

Big Band/Standards
Begin the Beguine
Frenesi
Old Black Magic
Poinsiana
Shadow of Your Smile
It’s Impossible
Feelings
Stars Fell on Alabama
Can’t Get Started With You
Days of Wine & Roses
I’ve Got You Under My Skin
Mack the Knife
New York, New York
What a Wonderful World
St. James Infirmary
Smoke Gets in Your Eyes
Willow Weep For Me
Satin Doll
Summertime
In The Mood
Basin Street Blue
You’re Nobody 'Til Somebody
Misty
Unforgettable
Girl From Ipanema
Good Night Irene
Mona Lisa
It Had to Be You
That’s Amore
Caldonia
Sentimental Reasons 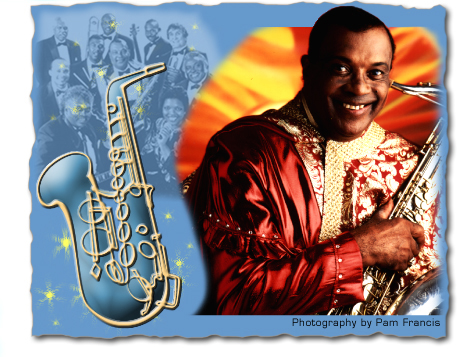 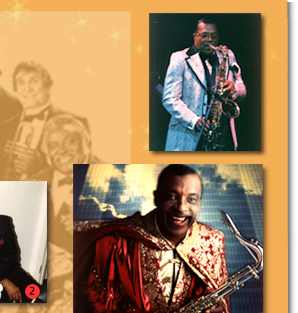 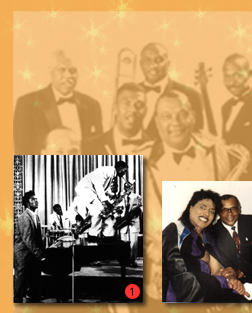