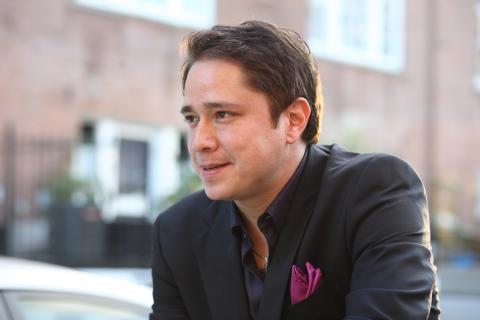 With a family history rich in musical tradition, it’s no wonder that
Anthony Caceres chose music as his profession.
His grandfather, Emilio Caceres, was a master jazz violinist who led
his own trio on the Benny Goodman Camel Caravan radio hour as
well as leading his own full Latin orchestra. Emilio’s brother, Ernie
Caceres, was one of the nation’s top alto and baritone sax players,
and was equally accomplished on the clarinet. An original member
of the Glenn Miller Orchestra, Ernie played with Woody Herman’s
Thundering Herd and performed with the likes of Frank Sinatra,
Louis Armstrong and Tommy Dorsey. The brothers also performed
together to great acclaim. In addition, Anthony’s brother David is
an accomplished jazz saxophonist and vocalist.
Anthony started out on the saxophone while just a youngster, but
changed to electric bass in high school at the urging of a friend,
who needed to round out his rock band. He joined the navy upon
graduation, hoping to secure a spot in the band. While he did indeed
pass his audition, it was a long four years for Anthony on the
USS George Washington after the program was cut due to budgetary
issues. “I gained a lot of confidence during my time in the
navy,” he says. “I gained the feeling that I could accomplish my
dream and the discipline to make it a reality.”
Caceres changed to the upright bass and earned a degree in jazz
studies at the University of North Texas after his discharge. He
spent most of the next few years touring the globe, first with the
Miss Saigon road tour, and later with the Glenn Miller Orchestra,
which is still actively touring all these years later. “I wanted to retrace
the path of my great uncle and play on a Glenn Miller recording
while they’re still around,” Anthony says, which he accomplished
in 2005. Of his time on the Glenn Miller tour, he says, “At
times, it was almost surreal to be playing at these old restored
venues, and to realize that Ernie had stood on that very stage,” he
says. He names Ron Carter and Ray Brown as his greatest bass
influences, mainly for the unique style they have brought to the instrument
and the genre.
With expressive eyes and a shy demeanor, Caceres seems to
come into his own singing on stage, something he only recently
pursued seriously. He looks to jazz greats like Mel Tormé and
Frank Sinatra for influence — Tormé as a master at scatting and
Sinatra for his tremendous phrasing ability. His favorite contemporary
artist is British crooner Jamie Cullum.
The rich, warm round tone of Anthony’s baritone voice invites
comparison to Kurt Elling, and Mark Murphy. “Mostly people seem
to have a hard time comparing my voice to someone else, which is
good,” he says. “I’m hoping it means I’m bringing them a fresh,
distinct sound.”
Caceres enjoys a busy performing schedule in Houston, backing
up popular local talent on bass as well as doing solo vocal gigs.
He’s working on his first CD, and looks forward to touring when it’s
finished. “Miss Saigon gave me a glimpse into the world of upperlevel
touring,” he says. “I sort of cut my teeth on that tour, but I
also realized that I was well-suited for the nomadic life of a musician,”
he says.
Anthony plays bass on the album as well as doing vocals. With
jazz standards like “Moonlight Becomes You” and lesser-known
tunes like “So Danco Samba” (which he sings in Portuguese), the
album promises to please a wide audience and weave yet another
thread into the fabric of the Caceres musical legacy.
—Elizabeth Grant, Freelance Journalist
www.BethGrant.com

03MoonlightBecomesYou_0.mp3
On The Street Where You Live

05OntheStreetWhereYouLive_0.mp3
I Could Write A Book

01ByeByeBlackbird_0.mp3
This Can't Be Love 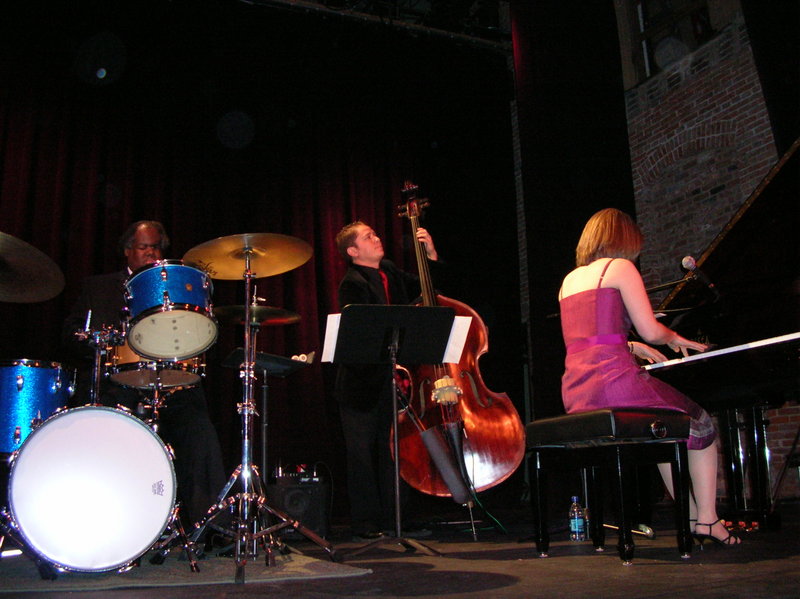 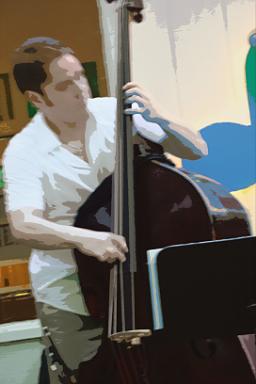 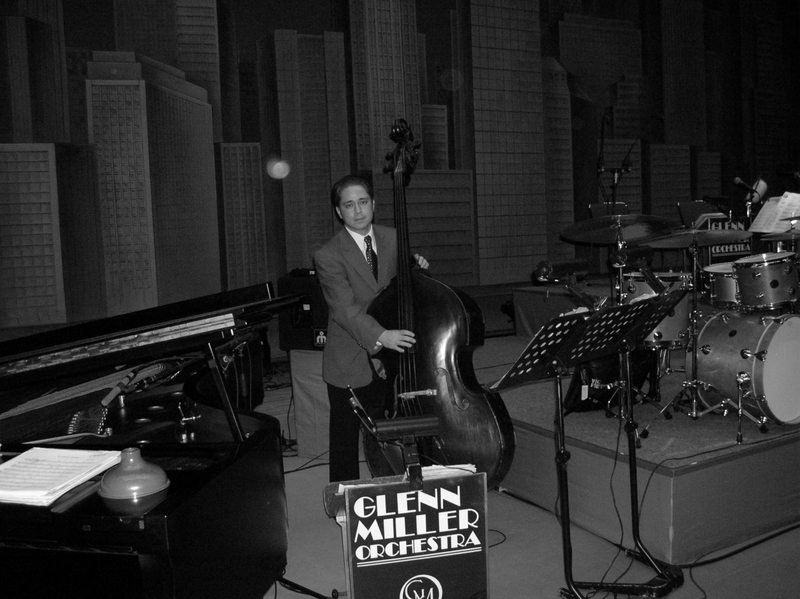 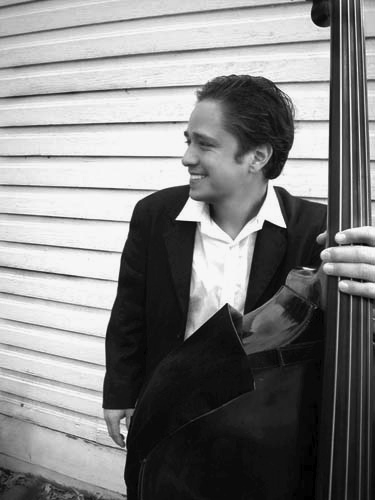