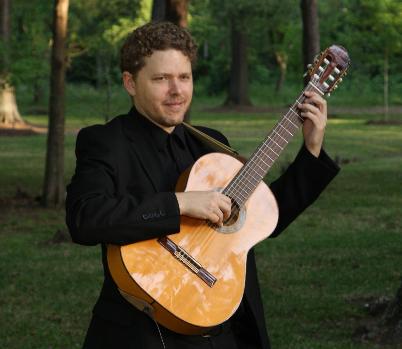 Mr. Grigassy studied with Adam Holzman at the University of Texas (Austin), earning a Bachelor of Arts Degree (1996) in classical guitar. Mr. Grigassy then received his Master's Degree (1998) in Classical Guitar from the New England Conservatory in Boston, under the tutelage of world-renown guitar virtuoso Eliot Fisk. Mr. Grigassy is skilled in many forms of music. Having traveled to Central and South America, he has absorbed various Latin American styles of guitar playing, including Mariachi, Bolero, Pasillo, Bambuco, Joropo, Vals, Argentine Tango, Bossa Nova, and Samba. While at the New England Conservatory he studied jazz guitar with Gene Bertoncini, perhaps the leading North American expert on Bossa Nova. Mr. Grigassy is a full-time instructor for the guitar department at Bellaire High School, where his students participate in regular recitals and regional competitions. Bellaire's guitar department began a period of rapid development starting in 1998 when Mr. Grigassy and Mark Moore began instruction to 4 classes of guitar students per day. Focusing on music literacy and group performance opportunities the guitar department has grown to a total of 14 classes, or approx 340 guitar students per day (during the 2006-2007 school year). Mr. Grigassy has shared his musical journey with audiences, as a soloist and in ensembles, throughout the United States and North America. Mr. Grigassy performs regularly in the Central and East Texas region, and he is currently based in the Houston metropolitan area. 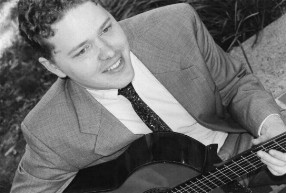 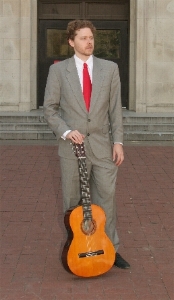 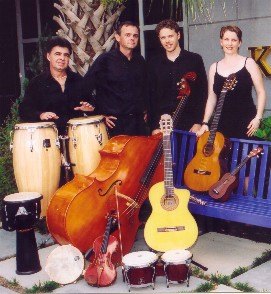