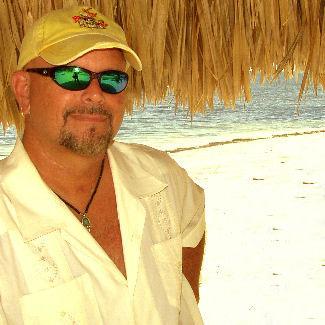 A long time resident of the Clear Lake, TX (Houston/NASA) area, McGuire is known for his original ‘gulf coast flavored’ songs ranging from country to calypso/tropical, folk and rock. His CD “Redfish Island” was just released in 2000 and contains a collection of songs he wrote inspired by his sailing experiences in the Bahamas, Florida Keys, Mexico and on the Texas Gulf coast. Redfish Island was an island in Galveston Bay close to the ship channel and until the last hurricane washed it away, was the favorite anchorage for all the local boating crowd. There are two songs about Redfish on the CD thus the title “Redfish Island”; one about unrealized dreams and the Redfish Island most of the world-cruising boats never venture further than, and the sequel, “Where Did Redfish Go”, a humorous story about trying to find the now submerged Redfish Island . Other songs such as “Major Doubts About Waterspouts” relates a true story of a sailing regatta Kelly raced in from Galveston to Tuxpan, Mexico. Listening to his music one notices a Jimmy Buffett influence and Kelly readily admits, “ after hearing Buffett sing about sailing and islands, I dreamed of getting a boat and writing songs about that whole lifestyle.” A few years later his dream began to materialize. Growing up in Missouri, McGuire soon ended up performing in Dallas after traveling Oklahoma, New Mexico, Missouri and Canada and bought his first boat, a Hobie16. He soon traded up to a 24’ sailboat with a cabin and almost every day, when he wasn’t writing jingles for a Dallas based advertising company, he spent on his boat docked at Lake Grapevine just north of DFW airport. Nights he sang at local clubs, restaurants and a chain of family pizza parlors called Shotgun Sams. “The pizza business was big-time for singers in the 70’s and 80’s providing a great alternative to the club scene. Kids would sit all around the edge of the stage and sing along with me. Even now I love to get kids up on stage with us singing and shaking the tambourine and shakers. ” Kelly soon made the move to the Clear Lake area after what began as just a two week engagement at a new Tony Roma’s that had opened in Houston. While there he discovered Galveston Bay and the Seabrook/Kemah area and took a job selling yachts and teaching sailing while living aboard his now larger 32’ boat. Moving up his dream ladder he was now immersed in the boating world daytime and sang at the floating and legendary Turtle Club and Lakewood Yacht Club at night. The yacht brokerage business was doing well, so after many years of performing five and six nights a week, McGuire took a much needed break from singing to recharge his creative batteries. Within a year he began to do what he had wanted to do all his life… write songs. They say ‘write what you know’ and he had an ocean of inspiration from his cruising trips, islands and boats. Focusing mainly on his country songs, he went to Nashville to record them hoping a major artist would cut one of them. He also took along a collection of songs about islands and sailing planning to record them as a novelty to hand out to sailing friends. Everyone involved in the studio noticed right away that the nautical songs seemed to ‘come alive’ as they were recorded and the collection became “Redfish Island”. Kelly says, “ It felt like magic hearing these songs that had been such a part of me come to life. They were like my children.” “Redfish Island is sold Nationally through boating stores and is played on radio stations all across the US. "Club Blonde” & “I Cried For Mama” , which was a special release for Mothers Day, have been released Nationally as singles to over 2,000 radio stations in the US & Europe. Several of those songs have won awards from organizations such as Austin Songwriters Group, Fort Bend Songwriters Assoc. and The Nashville Network (TNN). Fan favorites include “Club Blonde” and “Wasted On The Young” and “The Fairytale” among others he performs at his shows. Both CDs have great musicians on them such as Greg Morrow, the drummer on the last two Dixie Chicks CDs, Wayne Toups, Robby Springfield, co-producer Doug Deforest and others. Kelly is also passionate about art since childhood and paints in oil and watercolor. Studying with some of the best plein aire painters in the country he loves the practice of painting on location as the impressionists did. He also is an avid volleyball player and enjoys sailing, diving, rollerblading and mountain biking. Kelly is a supporter of Galveston Bay Foundation, protecting the coastal estuaries, and donated a portion from the sale of his CD “Redfish Island”. He is also an avid supporter of the American Cancer Society’s ‘Silver Dollar Ball’ in the Bay area, performing for the last four years with acts such as Jerry Jeff Walker, The Bellamy Brothers and Asleep At The Wheel to raise funds for cancer research

In the Morning Light by Kelly McGuire

morninglight_0.mp3
No Fear by Kelly McGuire

sometimes_0.mp3
Talk to Me Tonight by Kelly McGuire

talktome_0.mp3
Wasted on the Young by Kelly McGuire

wasted_home_0.mp3
We Held On by Kelly McGuire

Major Doubts About Waterspouts_0.mp3
I Cried For Momma by Kelly McGuire

Pensacola in the Morning_0.mp3
Redfish Island by Kelly McGuire

Redfish Island_0.mp3
Sailing Away From The Madness by Kelly McGuire

Therapy Cruise_0.mp3
They All Wanna Go To The Sea by Kelly McGuire

They All Wanna Go To The Sea_0.mp3
Turn Around and Run by Kelly McGuire

Turn Around and Run_0.mp3
Where Did Redfish Go by Kelly McGuire

Where did redfish Go_0.mp3
Girls of the Island by Kelly McGuire

Girls of the Island_0.mp3
The Fairytale by Kelly McGuire

fridaynight_0.mp3
My Maria by Kelly McGuire

kellymcguire_Tropical_Vacation_cropped_0.mp3
Can I Turn You On Tonight by Kelly McGuire 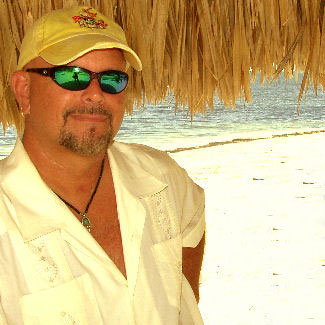