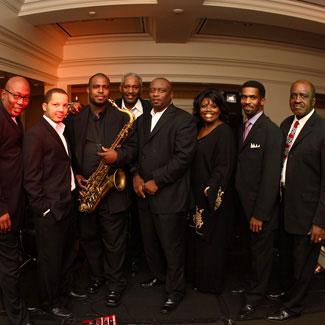 Klockwork was formed in 1997 as a show band with lots of energy and many years of collaborative experience. The band has a unique sound and often times keeps the audience dancing for hours. The Klockwork Band has been rocking the Houston area for about three years with it's dynamic dance rhythms and it's real smooth melodies. Collectively and individually the band has performed extensively with other groups before coming together to developed a fabulous show that cannot be duplicated. The group consists of eight members who are multi-talented and vocals are self contained, along with a female vocalist when needed. Klockwork has an “ in the pocket “ rhythm section which include (bass and lead guitars, keyboards, and drums) and a “funkanizing “ horn section (trumpet, flugel horn, sax and trombone ). Being a diverse band, allows our songlist to range from Jazz to the Blues and from the Motown sound to Funk with a touch of Disco/Rock and Roll along the way. “Music to this band is just like a key to a lock; meaning once we are on stage our sound is performed so that everybody can feel the groove.” We've played in many venues and the one thing we strived to do as a band is to keep the people happy and to put our hearts into every performance. “Music makes the world go around and we are delighted to be a part of that circle.” We, the Klockwork Band thank you in advance for supporting us and we hope that when you think of music from the 60's, 70's, 80's and so on you think of the most dynamic band in the land, (KLOCKWORK!!!).

Jazz / Soft
Misty
Memphis Underground
Song Bird
Dock of the Bay
I'll Be There
I'll Be Around
You Are So Beautiful
Mr. Magic
Inner City Blues
Ain't No Sunshine
Always and Forever
Just My Imagination
Lean on Me
Someday
On Broadway

I Believe in You and Me by Klock Work

klockwork_I_Believe_In_You_and_Me_0.mp3
My Girl by Klock Work

klockwork_Respect2_0.mp3
The Way you Look by Klock Work 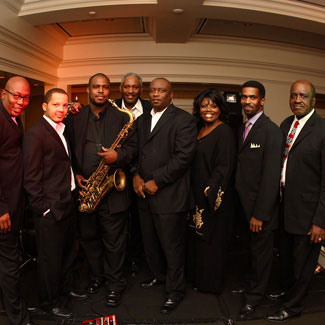