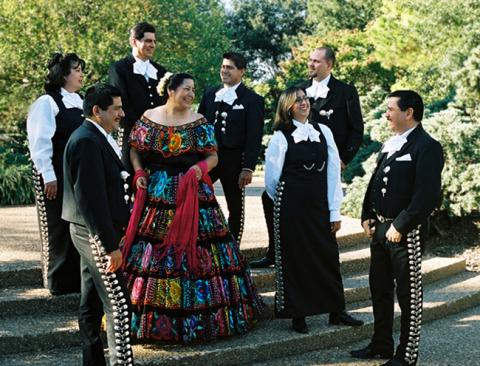 Mariachi Los Gallitos is a Mexican Folkloric group composed of trumpet, violins, guitarron (acoustic bass), vihuela (guitar) and female lead singer. These classically trained performers have earned wide popularity and acclaim through their unique combination of technical and theatrical abilities. Los Gallitos is based in Houston, Texas and has performed professionally for the past twenty seven years throughout Texas, the United States and abroad. In 1993 Los Gallitos received the "Pura Vida" Hispanic Music Award as Houston's Best Mariachi. In 1992 the group won the Houston Livestock Show & Rodeo Mariachi State Championship in the Astrodome. Other Awards include the Coors Silver Bullet Mariachi Marathon in which Los Gallitos was awarded First Place Performing Group, Best Female Vocalist, Best Male Vocalist and Best Costumes. The panel of judges for this competition was headed by the director of the well-known Mariachi Los Toritos from the University of Guadalajara. Venues of performance have included universities, schools, hotels, country clubs, churches and festivals such as: The Smithsonian's Festival of American Folklife in Washington, D.C., Festival Internationale de Louisianne and the Houston International Festival where they are featured regularly. Notable past performances include the 1990 World Economic Summit during which Los Gallitos entertained at the President's private dinner for the visiting heads of state as well as the President's Gala at the conference's conclusion. In 1991 the group entertained at the private reception for Queen Elizabeth of England and her entourage during her American tour and at her departure from Houston. Los Gallitos also performed at the private reception for Placido Domingo and Linda Ronstadt following the event "A Concert for Life" in 1992. At the Arena Theater in 1992, Los Gallitos were the pre-show performers for Vicki Carr in concert. Also in 1992, the group accompanied one of Mexico's leading popular composer/singers, Ana Gabriel at the Summit in Houston. Other performances include the pre-game show at the Astrodome and greeting the rock group Guns & Roses. Los Gallitos has performed concerts in Kansas City, Missouri and has been invited several times to Topeka, Kansas for their Fiesta Mexicana as recently as 2003. The recording "Los Mariachis Locos" was independently released in 1993. Los Gallitos were sponsored by NHK Broadcasting Company at the "American Festival 94" in Chiba City, Japan. Los Gallitos was voted the best of the festival via a poll by Yamuri Newspaper and NHK. A CD and cassette recording "Mariachi Los Gallitos, Japan Live" was independently released in December 1994. Group member Maria Dolores Alegre received a Platinum Award from Lanfranco in Florida for her arrangement of "Para No Volver" on La Mafia's album "Un Millon de Rosas" in 1998. Mariachi Los Gallitos provided the music for this recording. Margaret Thatcher, Randy Travis, Marilyn McCoo, Charlie Pride, Pedro Vargas, Libertad Lamarque and Mary Lou Reton are some of the personalities with whom Los Gallitos have shared their music. Los Gallitos has been featured in films by HBO, KIRA Films of California and The National Archive. Commercial credits include Riba, Inc., Lone Star Beer and PBS station KUHT. Television credits include nationally televised performances for PBS originated in Texas and Louisiana, world-wide network coverage of the 1990 Economic Summit events, as well as state and local programming. Los Gallitos often works with dance groups and modeling agencies, adding color and excitement with live music and traditional costumes. The Houston Chronicle awarded Los Gallitos "Ultimate Mariachi Band". The Super Bowl events in 2004 featured Los Gallitos at private parties and at the Reliant Center during the game activities. On February 14, 2005 The Doctors Orchestra of Houston presented Mariachi Los Gallitos in their Winter Concert Program "Love is in the Air" at the Cullen Theater, Wortham Center to a sell out performance. Los Gallitos appeals to a diverse audience, carrying on the authentic musical traditions of Mexico while incorporating classical and contemporary influences including popular forms such as pop, country and jazz. 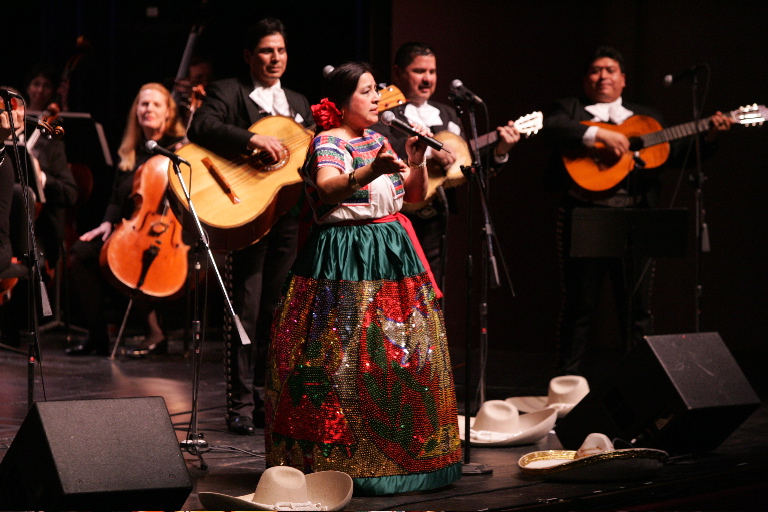 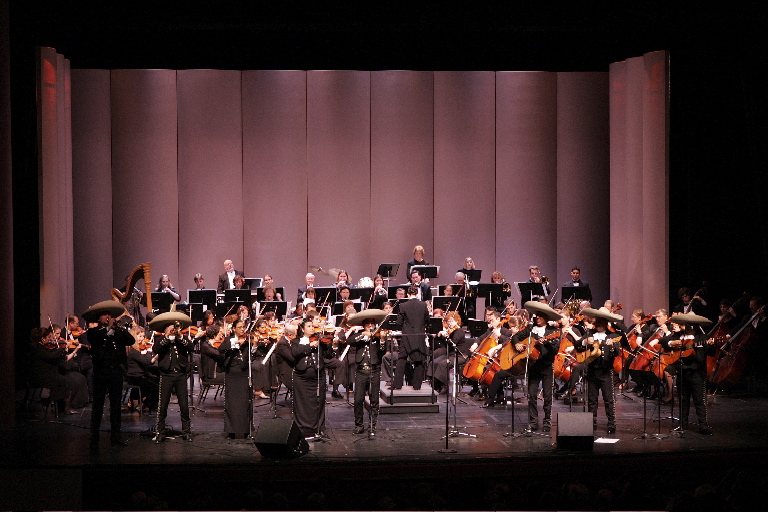 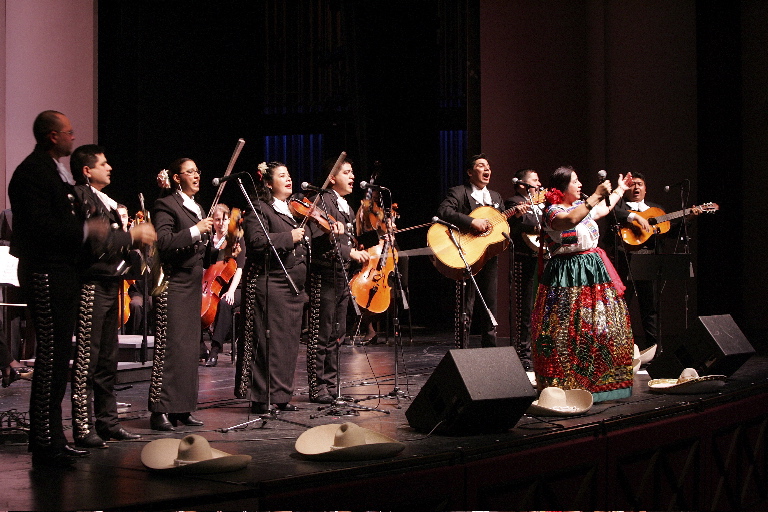 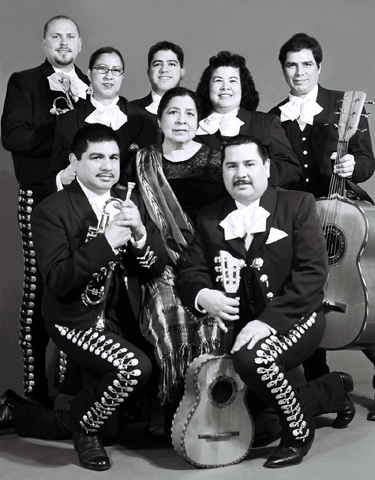