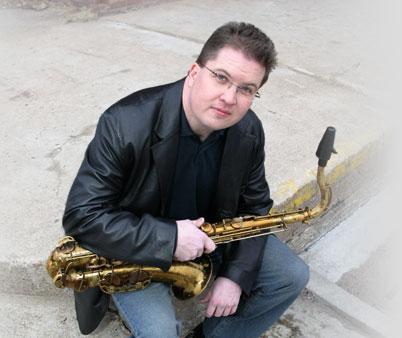 Composer, performer and educator, Woody Witt is a saxophonist setting his tone as a leader in the jazz world today. His fresh ideas and original approach to improvisation and composition have earned him a place to perform with some of the top names in the industry. Born in Omaha, Nebraska in 1969, Woody discovered his love for music at the early age of 8. He manages a diverse music career centered in Houston, TX. To quote Grammy Award Winning trumpeter and composer, Randy Brecker, "Woody Witt continues the tradition of great 'Texas Tenors' with a big fat sound, fresh ideas and a decidedly modern and original approach to improvisation and composition. A perfect combination of building on the past and searching for the future." Woody's style can be recognized instantly - it is that weaving of the old with the new that catches the listener's ear. His sound is distinctive and sought after by many jazz artists: Tim Hagans, Louis Hayes, Adam Nussbaum, James Moody, Conrad Herwig, David Liebman and others. Woody's first CD, released in 2002, launched him into the recording industry with a sense of newfound passion. With the international release of his second CD, "Square Peg, Round Hole," on Apria Records, the world jazz community should take notice. Woody teamed up with world renown jazz artists Randy Brecker (trumpet), David Kikoski (piano), Johannes Weidenmueller (bass) and Ari Hoenig (drums) to record eight of his original compositions. Woody has established himself as a notable musician in the area and has performed with the Houston Symphony Exxon-Mobil Pops Series backing artists including Ray Charles, Kenny Rogers and Tony Bennett. His musical journey has offered him stints with the touring Broadway production of 42nd Street as well as Tommy Tune. He has premiered new works that break down barriers between the musical genres of classical and jazz as a featured soloist on "Up South" for jazz ensemble and orchestra and "Three Musicians," a work for soprano saxophone, guitar and bass, both by noted composer, Dr. Robert Nelson. Woody is also the manager/artistic director of one of the city's only jazz clubs, Cézanne. In addition to maintaining a full performing schedule, his career has led him to adjudicate many jazz festivals: University of Houston, University of Texas, GCIC, McNeese State, Harlingen and others. While attaining his Doctorate in Musical Arts at the University of Houston Moores School of Music, he discovered improvisation is the most free form of musical expression - this is his tool in striving for purity of sound and clearly presenting musical ideas. Many forms of music have influenced Woody, ranging from classical to jazz, to popular music and more. Woody's educational career and vast experience have fueled his drive to pursue purity in music. With an ear for complex melody, he has composed some of the most interesting and memorable melodies reinforced by colorful harmonies. He produces songs that provide a source of inspiration upon which the improviser can create their own variations. Dr. Witt is a full time instructor at Houston Community College and is an affiliate artist at the University of Houston Moores School of Music. Woody holds a Masters degree in Jazz Studies from the prestigious University of North Texas where he taught saxophone and jazz methods. He was named the Outstanding Graduate Student in 1995. He received a Doctor of Musical Arts degree from the Moores School of Music at the University of Houston in 2000. Woody is a Yamaha Performing Artist.

A Child’s Dance
Who Cares
Homage
Through The Fog
Wood
My Idea Of Fun
You Know I Care
Trance
Song Without Words
Matching Game
Much More To Say (For James Williams)
Before the Rain
Dirty Dogs
Under The Wire
Taking Her Sweet Time
Out Of The Box
Childlike
Piano
Renewal
Trumpet and Saxophone
Footprints
A Widow's Tale
A Day Like Any Other
Blues For Baghdad
Sunday Afternoon
Afterthought
Ne As Jah
Empty Room
Barracuda
Forever and Always
Steppin&apos;
5 x 5
Oddly Even
Clear Skies
Not Far Away
Trance
Howard Street
Forever and Always
Willows 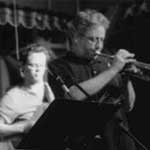 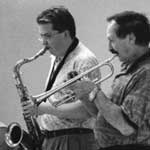 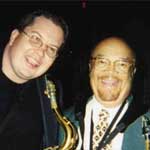